In the lab we use systems neuroscience approaches to elucidate how neurons and circuits modulate network activity in the encoding and causation of behavior. We have a strong focus on the prefrontal cortex and studies in rodents (mus musculus and rattus norvegicus). Most projects involve electrophysiology (tetrodes or silicon probes, including Neuropixels) or imaging (microendoscopes, fiber photometry or 2-photon microscope) of neuronal activity in behaving animals (head-fixed or freely moving) in combination with circuit tracing and cell-type specific manipulations (optogenetics, genetic). Our research is formulated from the firm belief that only experiments in relation to behavioral functions can directly address when and how the brain’s circuits exert their unique actions.

The prefrontal cortex (PFC) still lacks a conclusive definition, and the structure and function of this brain area across species remain unresolved. The PFC is implicated in perceptual, emotional, social, motivational, and numerous other brain processes, and is considered to enable flexible behavior. In following, disturbed PFC functioning has been connected to most, if not all, mental disorders, including drug addiction. Present-day preclinical researchers increasingly utilize mice (Mus musculus) as model animals. However, in parallel clinical transfer of pre-clinically identified therapeutics targeting mental disorder (and other brain disorders) is still at large failing. Lack of understanding of the structure and function of the brain hampers the understanding of which findings are transferable between species. Needless to say, deciphering of the structure and functions of the PFC is of great importance to medicine. While class-common functions and class-common behaviors involving the PFC have been firmly established, effort must also be put into clarifying dissociations and differences between species. Ultimately, understanding of what makes the human PFC unique will build on comparative studies in different species.

The mouse PFC
The mouse PFC lacks a definition. Traditionally, the subregions of the mouse PFC have been delineated based on cytoarchitectural features. Based on large-scale mapping of the connectivity of the mouse cortex, a prefrontal module has been identified in recent work from the Allen Institute of Brain Science. Regions within cortical modules display particularly high interconnectivity, and are suggested to be dedicated to similar functions. Hodology thus gives support for the presence of a distinct prefrontal region in the mouse brain. However, how hodology and cytoarchitectural features relate to function is highly unclear.

Our research
The connectivity indicates that the prefrontal module in mice sits on the top of the cortical hierarchy. Further, there is also hodological support for the presence of functional subnetworks within the moue PFC, each being defined by its specific brain connectivity. The presence of subnetworks, high interconnectivity, and a location on the top of the cortical hierarchy collectively strongly suggest that the mouse prefrontal module has a prominent role in feedback, and holds both distributed and integrated information processing.

Using the recently available high-density silicon probes known as Neuropixels for electrophysiological recordings in head-fixed behaving mice, we are mapping the encoding and functional neuronal signatures across the layers and subregions of the suggested prefrontal module in a series of tasks engaging distinct brain states and cognitive processes. Our ultimate goal is to establish defining features of the mouse PFC. In our work we are mapping how functions segregate across the PFC, and how different prefrontal functions relate to traditional delineations of the PFC based on cytoarchitecture and/or hodology. The established blueprint of the mouse PFC will enable evaluation of homologies between different species, and establishment of the translational value of mouse studies on the PFC.

Proper cognitive functions are essential for most aspects in our everyday life and extensive evidence exists that cognition is associated with synchronization of neuronal activity within and between brain areas. Inhibitory interneurons expressing parvalbumin (PV) are key players in the generation of synchronous brain activity in the gamma range (30-80 Hz), and increases in cortical gamma oscillations is a well-documented signature of cognitive processing. Importantly, deficits in PV interneurons and impaired prefrontal gamma oscillations have repetitively been connected to cognitive deficits in neuropsychiatric disorders

Using electrophysiological recordings of single unit and local field potential (LFP) activities in conjunction with optogenetic manipulations we have in a serious of studies described the role of cortical PV interneurons in cognitive functions and behavior, with a particular focus on the relation to cortical gamma rhythms. Our most recent work describe how prefrontal PV interneurons control attentional processing. In ongoing work we are probing how molecular changes in cortical PV interneurons affect the functions of this neuronal cell type, and our studies include chronic and acute electrophysiological investigations, optogenetics, in vitro slice electrophysiolgy, and behavior.

We have in the past couple of years invested in establishment of 2-photon calcium imaging in head-fixed mice with the aim to elucidate how different neuronal cell-types contribute to network activities underlying cognition. The project focuses on inhibitory interneurons in the PFC. 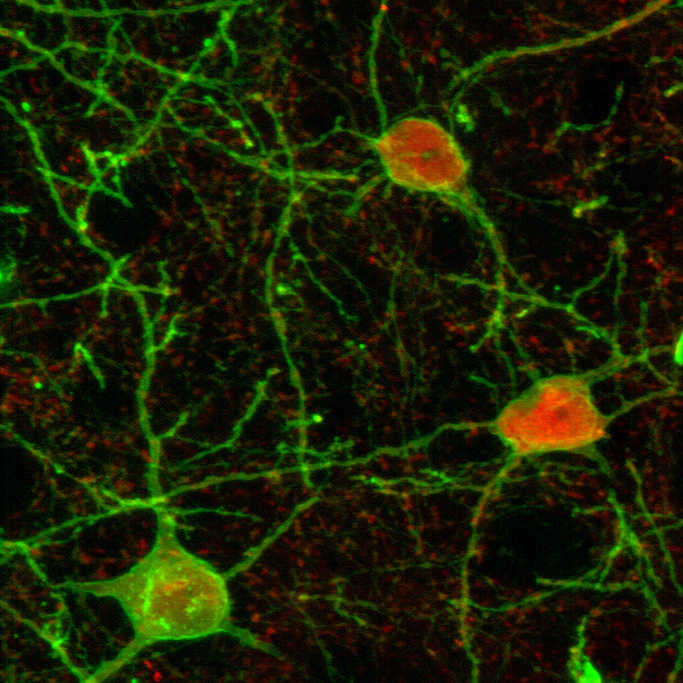 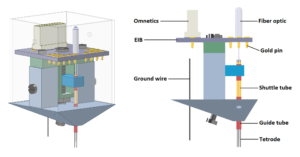